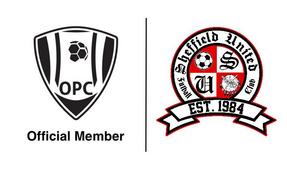 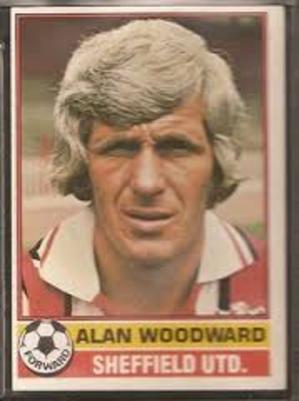 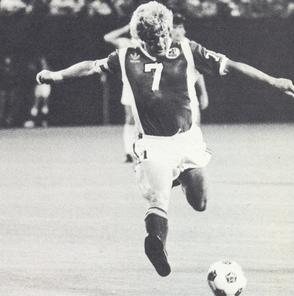 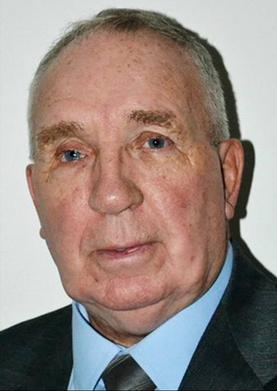 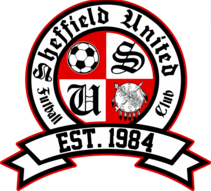 Alan was a professional footballer who played in the position of outside right for Sheffield United over a 16-year period between 1962 and 1978.

Woodward or Woody as he was nicknamed, will be best remembered for his powerful shots. He was also a dead-ball specialist, especially effective with corners, and scored directly from them on many occasions. Wearing the No.7 shirt; he possessed pace, power, and skill and was a local lad who, it is often said, missed out on international recognition because of his temperament. He played in the Sheffield United goal to cover for injuries.

His first appearances for Sheffield United came in their two County Cup (a regional competition for teams in South Yorkshire) fixtures of season 1963–64, against Rotherham United in the semi-final and Barnsley in the final. The County Cup competition was won by United 4–3 with Woodward scoring the first goal of the game and the first of his first team career.

His League debut came against Liverpool at Anfield on 7 October 1964 and his first goal came on 31 October against Leeds United at Elland Road. He scored 4 goals (including a penalty) in a 7–0 home victory against Ipswich Town on 27 November 1971. He left United at the start of season 1978–79, his final goal being a penalty against River Plate of Argentina, in order to play for the Tulsa Roughnecks, where he was nicknamed "the Boomer" for his strong, high arching and accurate passes and shots on goal, in the North American Soccer League.

He remains the Blades' leading post-war scorer and made a total of 38 league appearances for United.

Victor (Vic) and his wife, Rosalie, were both born in Liverpool, England, and met at their church when they were 10 years old. Vic played soccer for his school, Prince Rupert Margaret Street and was a member of the Liverpool City Boys' Team. At age 16, he was offered an apprenticeship from Everton Football club, but, as an ardent supporter of Liverpool Football Club, he declined, assuming that the latter would offer him an apprenticeship too. Unfortunately, that did not happen.

​In 1962, Vic volunteered as a staff member of the National Boys' Club of the UK. In February of 1978, the family immigrated to Tulsa, and he began work as a Carpenter/Manager for McDonnell Douglas and Advanced Medical Instruments.

He is a proud dad to son Ian and daughter Janette, and proud granddad (Poppa) to his three grandchildren, Ryan, Alyssa and Keegan.

In 1979 Vic began coaching his daughter Janette's team, the East Tulsa Soccer Club U10's, aptly called "Vic's Angels". He coached the Shadow Mountain Chargers Boys U19 team, who then won the first Metropolitan Cup. In 1984, when the Premier Club formed as a top tier for Green Country Soccer Association, Vic became one of the original coaches of Tulsa Sheffield United, and coached both Ian's U19 boys team and Janette's U16 girls team. In 1985, he took both teams to England to play in international tournaments. His Sheffield teams have travelled all over the Southern Region, in addition to California, Arizona, Colorado, New Mexico, Nebraska, Kansas and Missouri.

Vic's teams have won 8 State Championships, produced a Regional Finalist, and have won over 50 league and 50 tournament championships. Many of his players have made him proud by obtaining college soccer scholarships. Vic has always emphasized good grades to his players as part of their training, as well as respect for coaches, officials and other players.

Vic was an Olympic Development Program coach for Oklahoma from 1984-1992, and coached the first U14 girls Oklahoma Olympic Development team and the Cocoa Expo in Cocoa Beach, Florida in 1987. Cocoa Expo was the Region III player training and development camp headquarters for the 11 Southern States. Vic served as Vice-President of the Premier Club, and is currently the Head Coach of Tulsa Sheffield United. In 1991, he was named "Oklahoma Girls Coach of the Year" by OSA and attended the National Workshop in Pittsburgh, Pennsylvania. Vic is well known and highly respected as an individual and coach, not just in Oklahoma but also nationally.

His wife, Rosalie, has supported Vic through all his soccer activities, and has been 'soccer mom' to many players. They celebrated their 55th wedding anniversary on June 6, 2019.